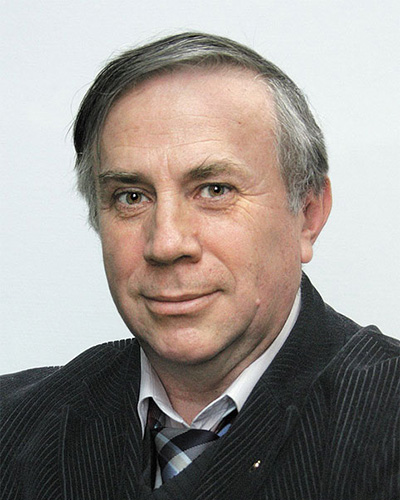 Founder and permanent member of the museum's scientific council.

Chief analytical of the non-commercial organisation “Modernisation” – Centre of Assistance for Economy Modernisation and Technological Development. Member of the Union of Russian Journalists and the Moscow Union of Journalists (since 2004).

Worked as an expert at the Council for Mutual Economic Assistance (of the East European countries) and at some other Russian governmental organisations.

1980-1984 Chief of the scientific researches automatisation department at the Institute of Control Problems (USSR Academy of Sciences).

1984-1986 Headed the Laboratory of Translators at the Institute of Electronic Control Machinery Moscow.

1986-1889 Chief of the laboratory of information systems of the All-Union Scientific-Research Institute for Medical Instrument Engineering.

Since 1991 worked as scientific editor of the weekly “Computer-World Moscow”.

Speaks English and Polish languages. In the 1980s worked as freelance translator at the English editorial of the All-Union Centre for Scientific and Technical translations. In parallel was working as freelance lecturer on programming at several technical universities of Moscow.

Author of numerous articles on magazines and electronics issues.